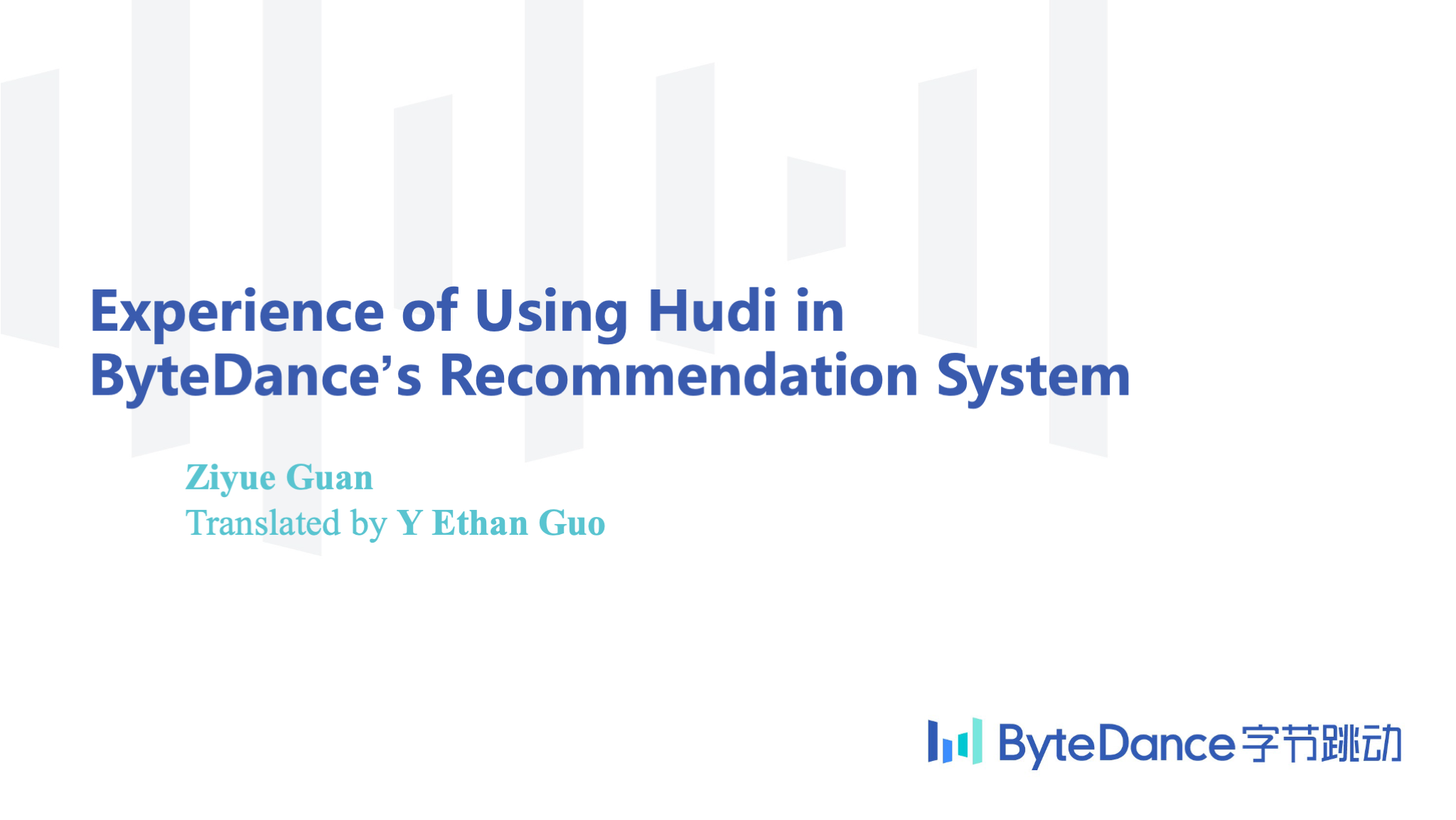 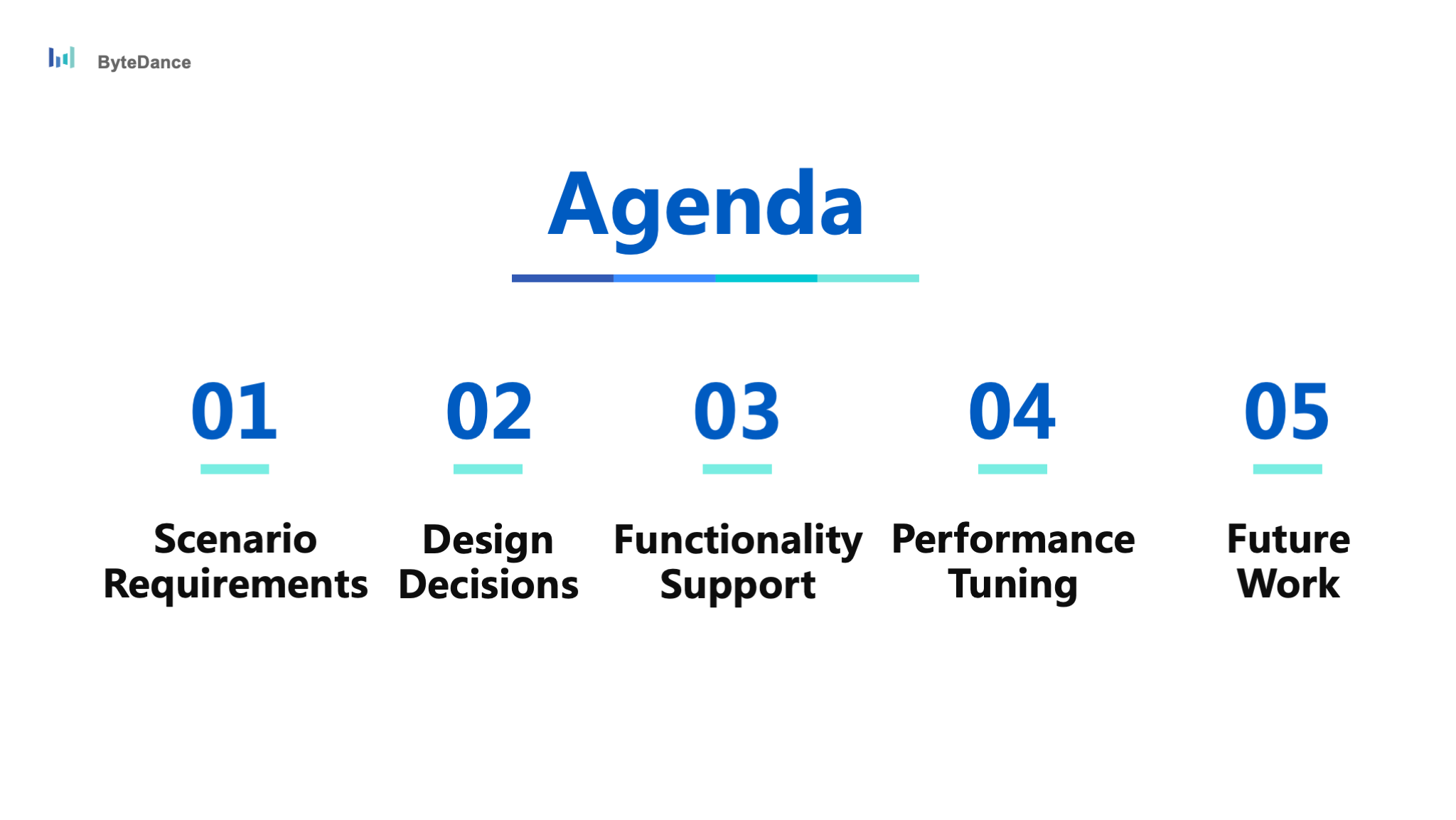 Next, I will explain how we use Hudi in Bytedance’s recommendation system in five parts: scenario requirements, design decisions, functionality support, performance tuning, and future work. 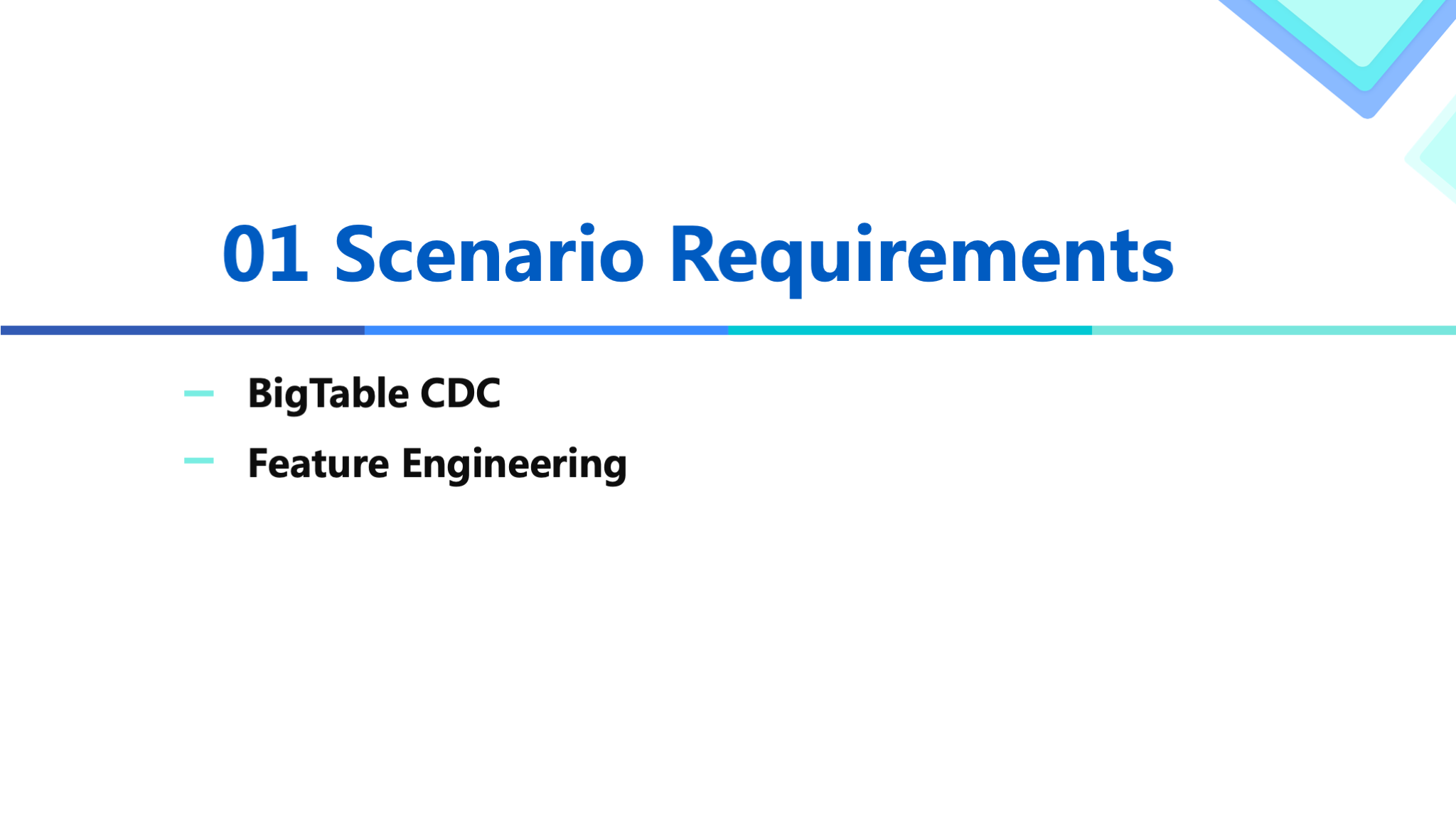 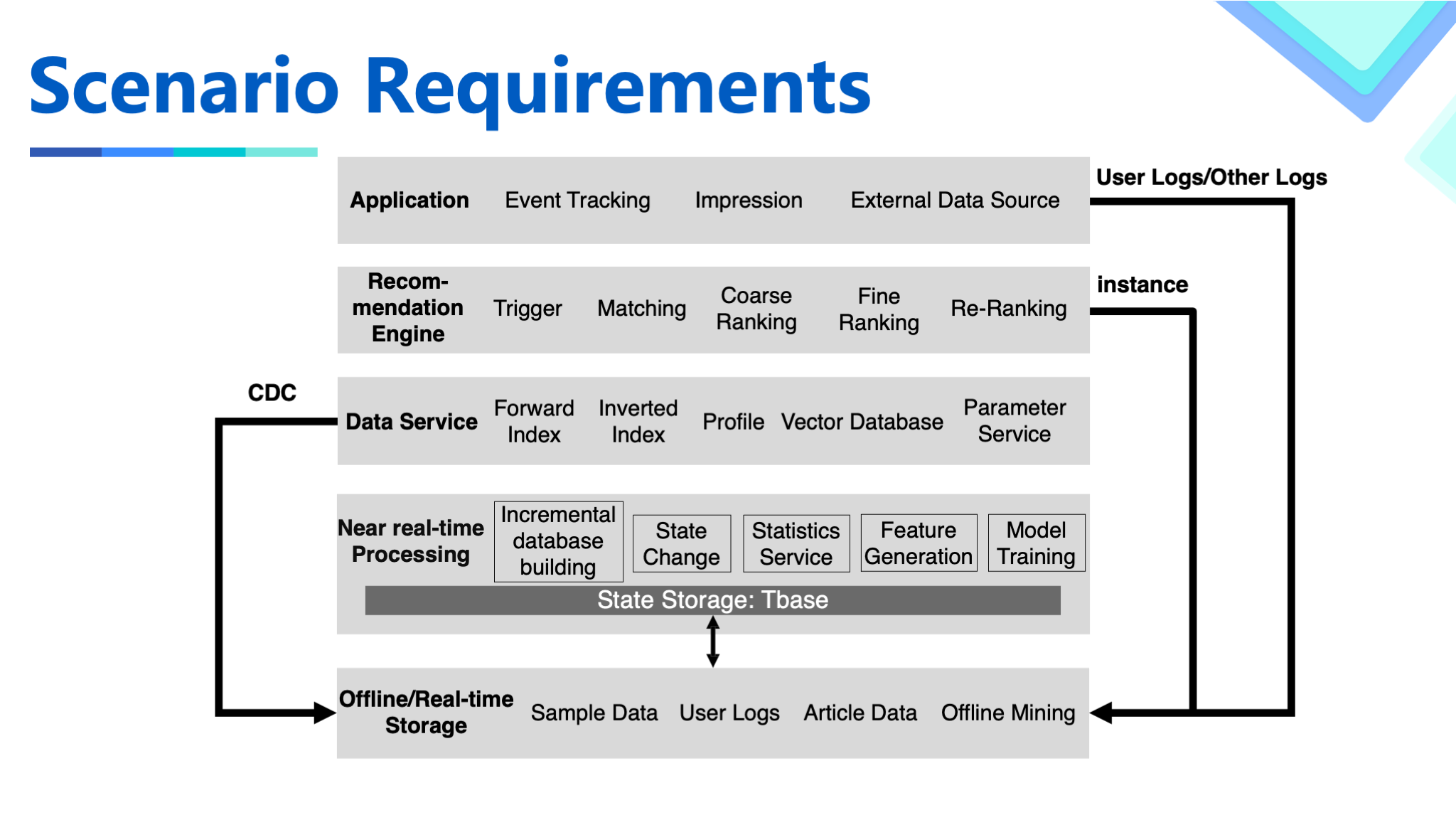 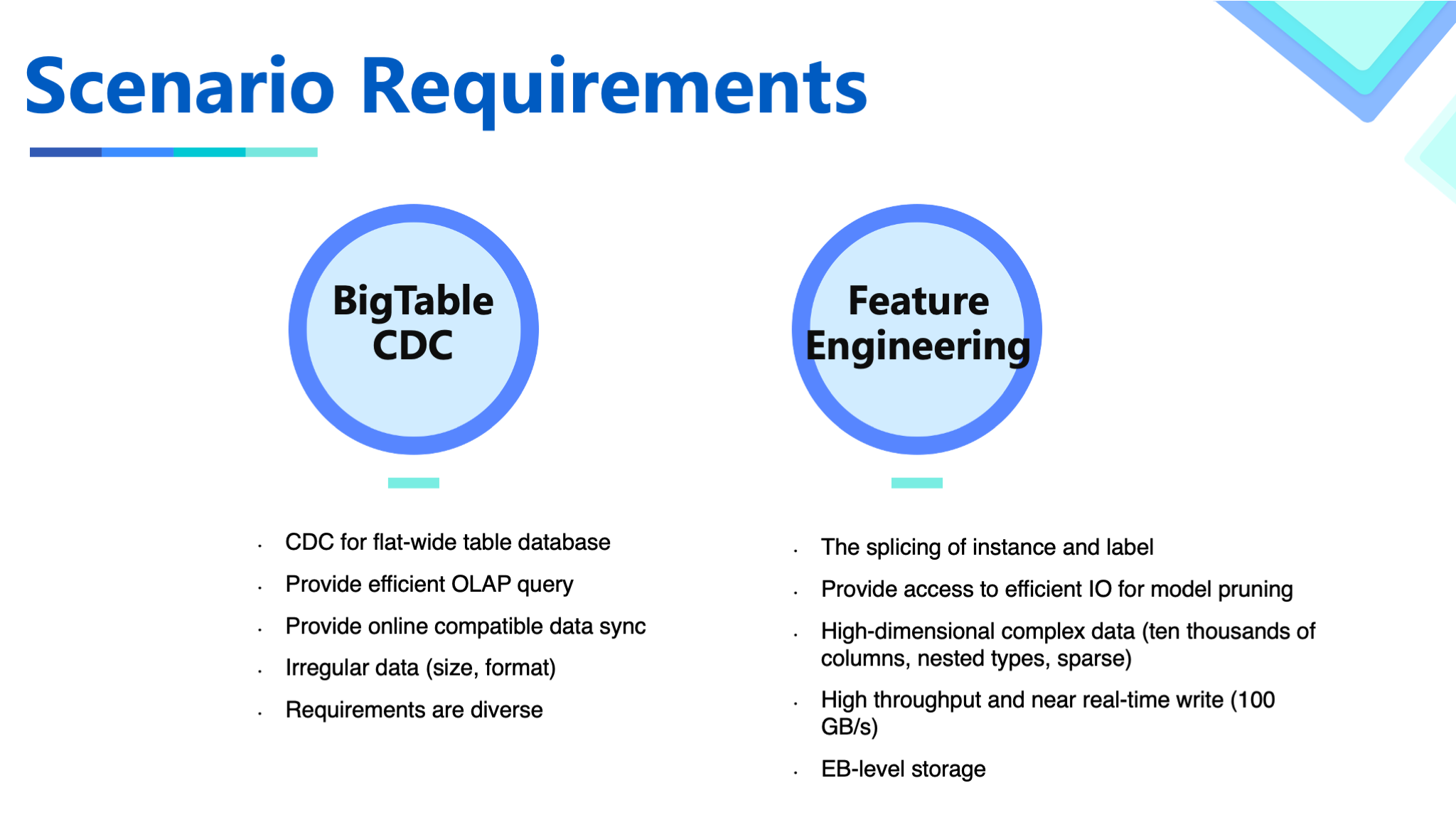 In the recommendation system, we use the data lake in the following two scenarios: 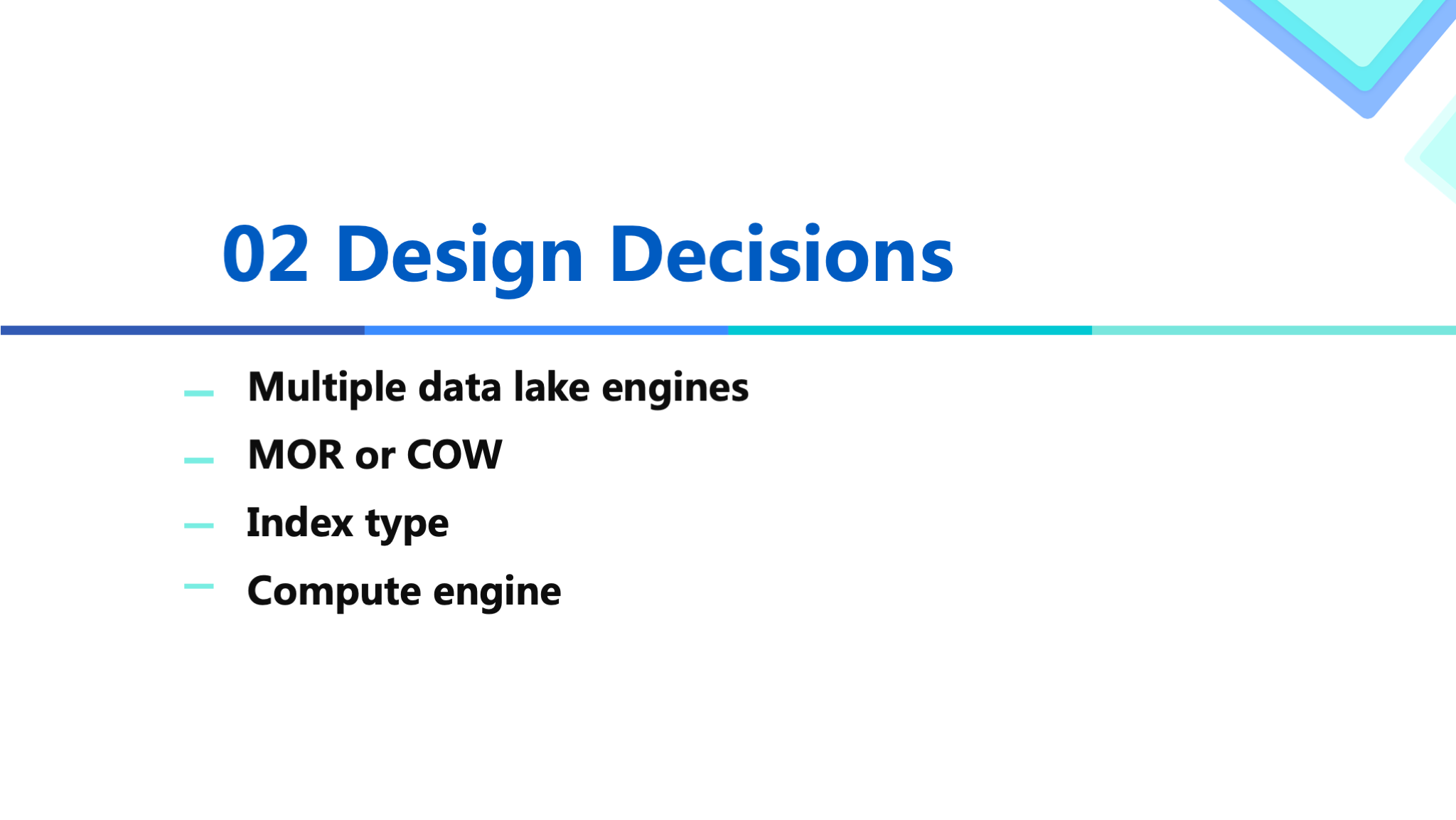 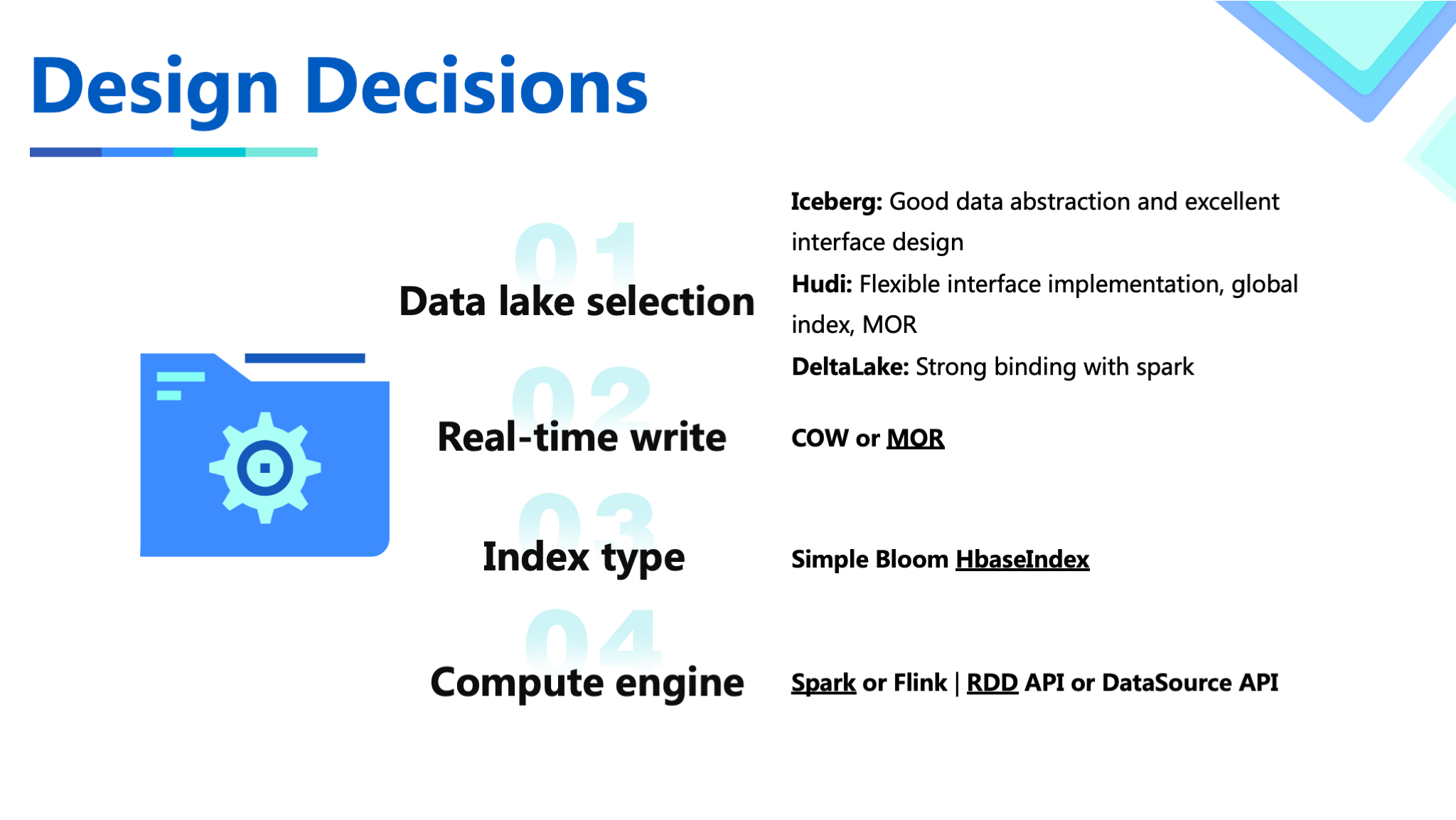 When making the decision on the engine, we examine three of the most popular data lake engines, Hudi, Iceberg, and DeltaLake. These three have their own advantages and disadvantages in our scenarios. Finally, Hudi is selected as the storage engine based on Hudi's openness to the upstream and downstream ecosystems, support for the global index, and customized development interfaces for certain storage logic. 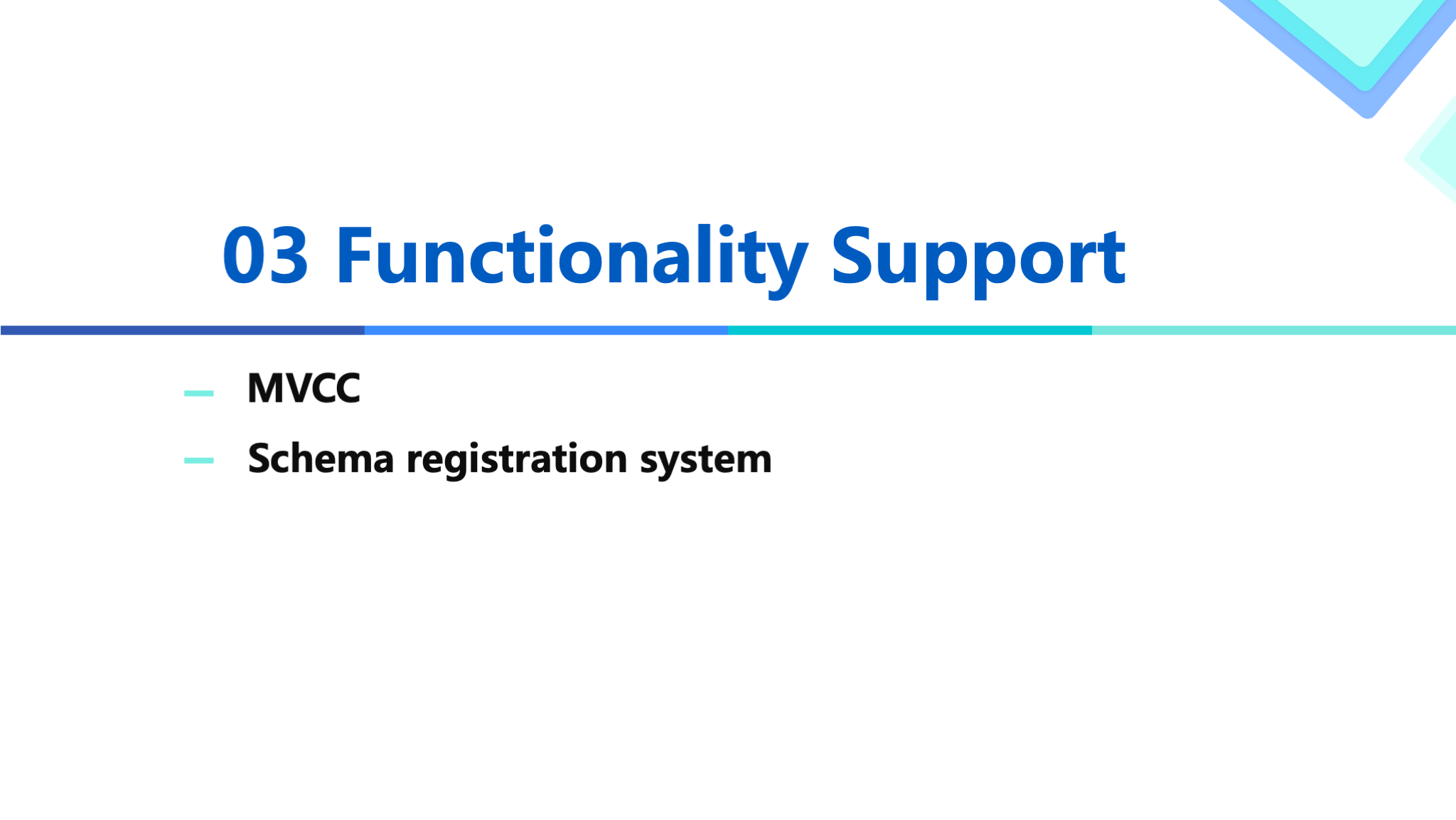 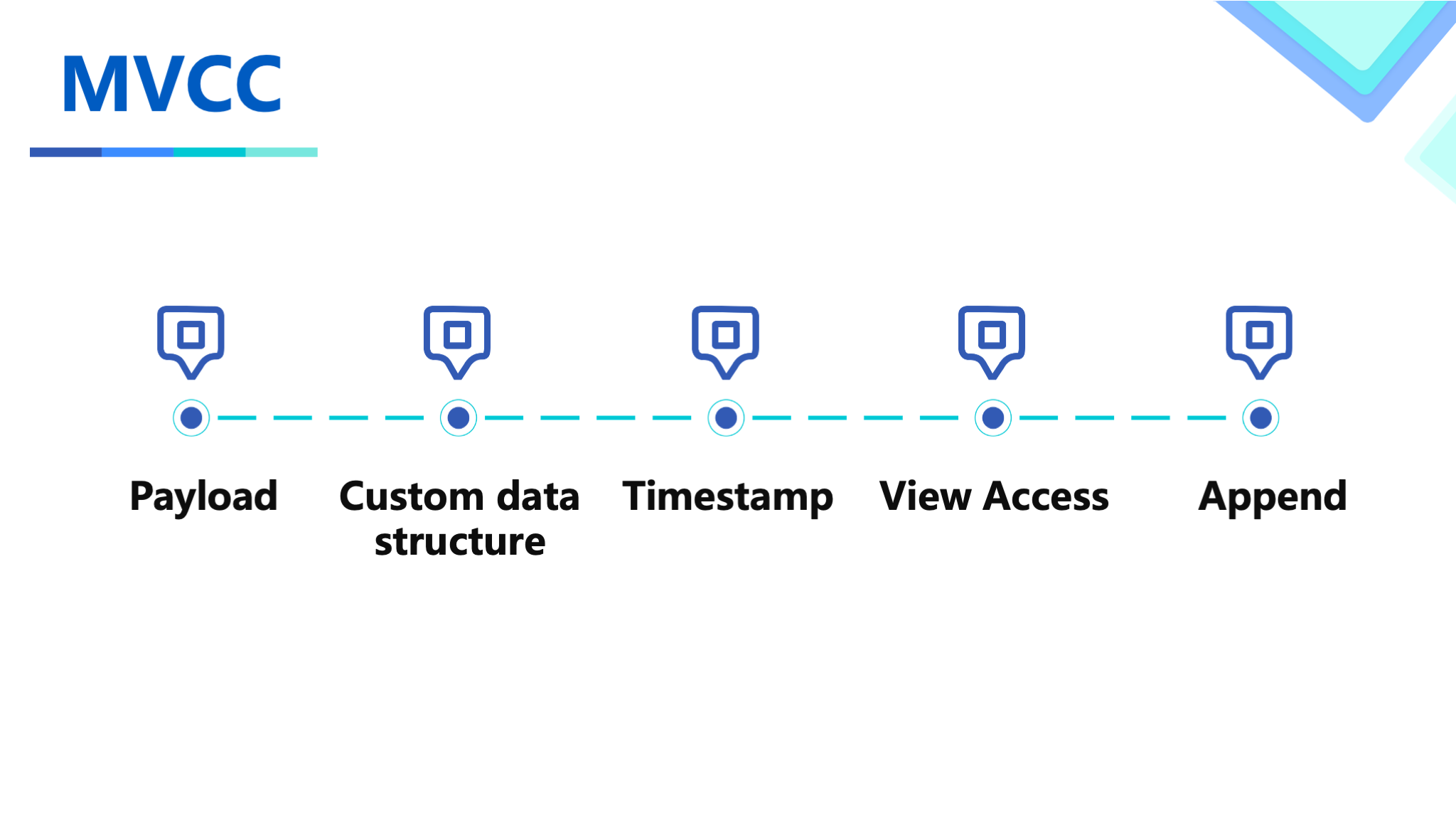 First of all, in order to support WAL write, we implement the payload for MVCC, and based on Avro, we customized a set of data structure implementation with timestamp. This logic is hidden from users through view access. In addition, we also implement the HBase append semantics, which realizes the appending to the List type instead of overwriting. 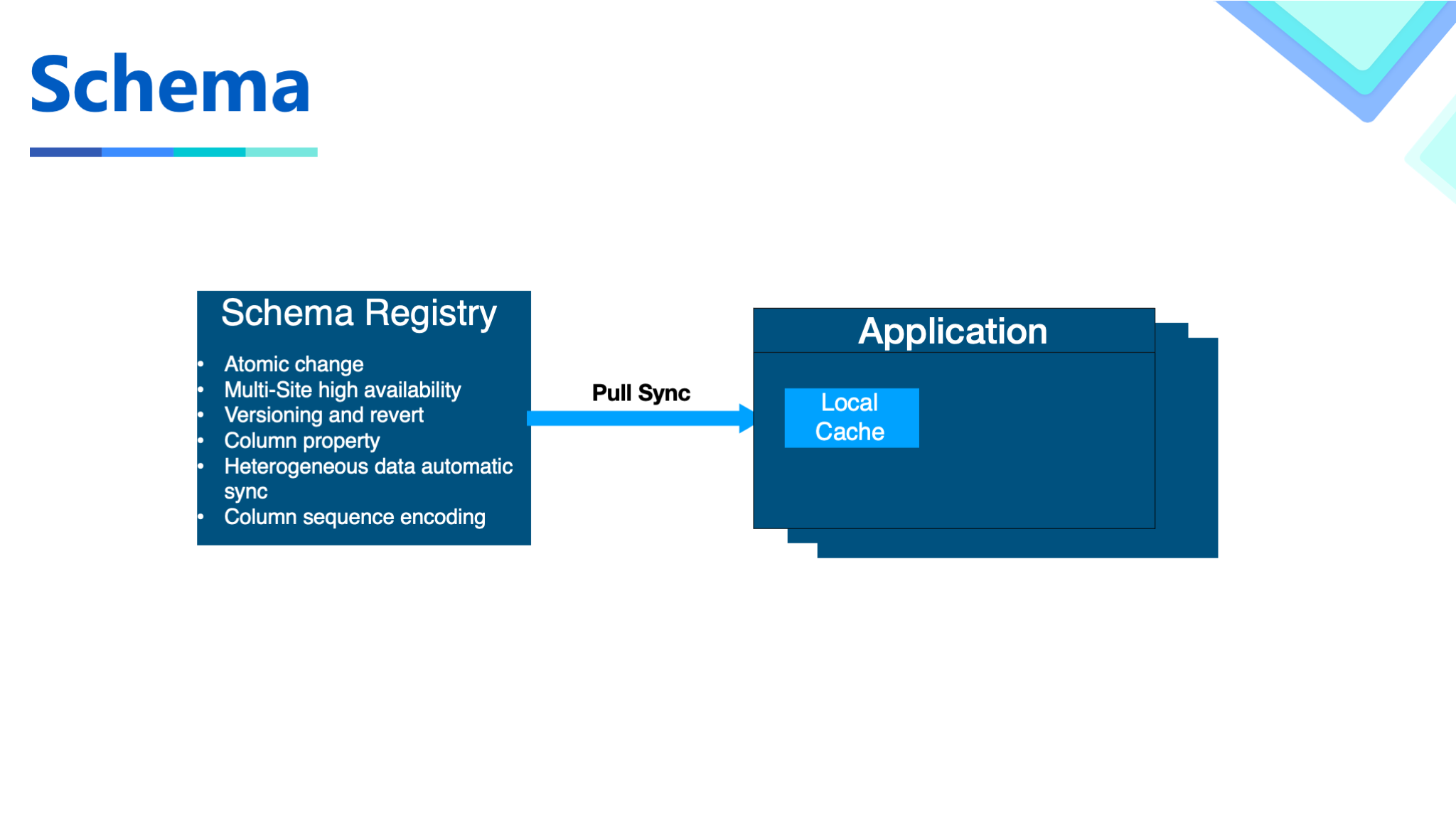 Because Hudi obtains the schema from write data, it is not convenient for working with other systems. We also need some extensions based on the schema, so we build a metadata center to provide metadata-related operations. 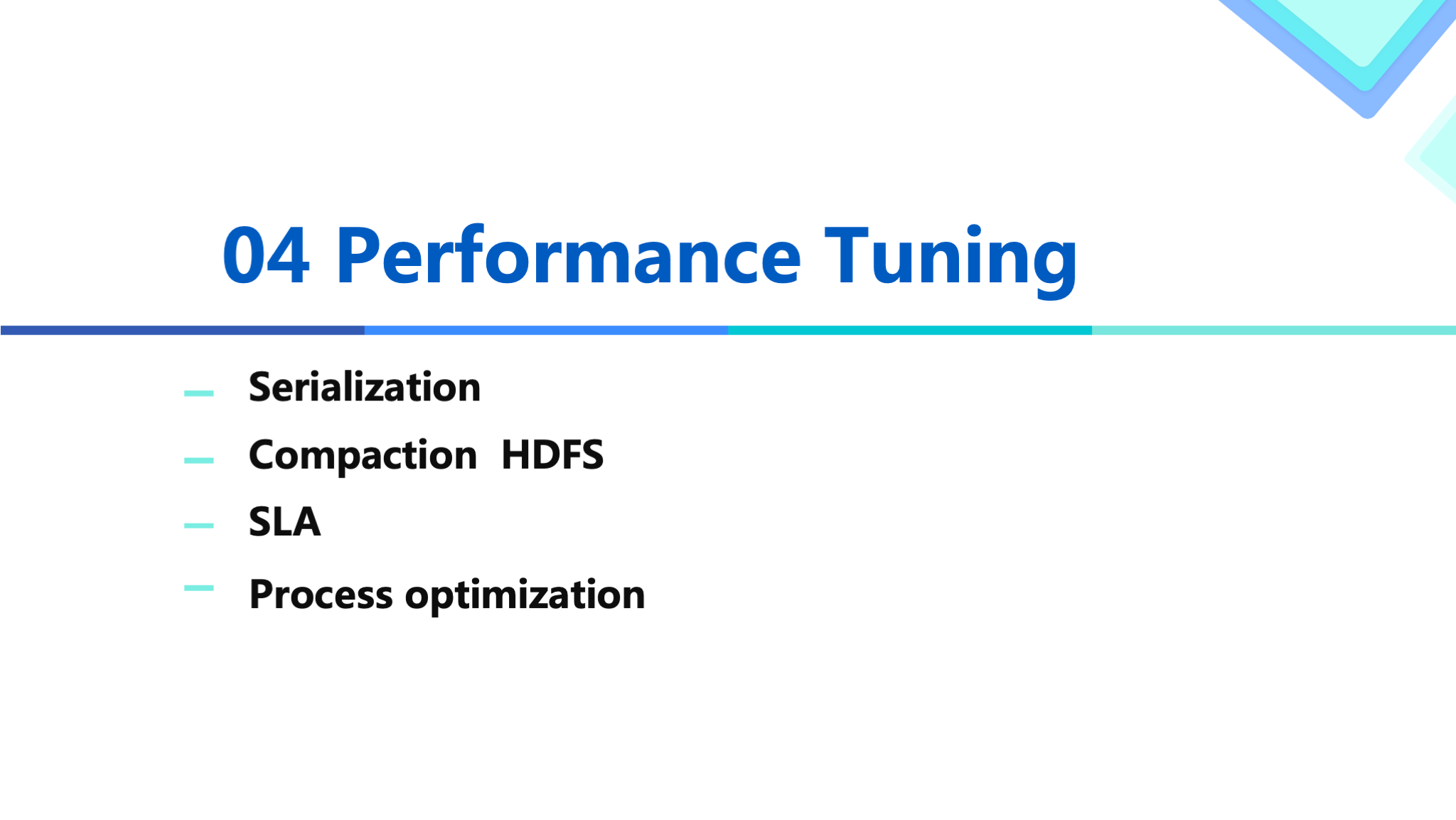 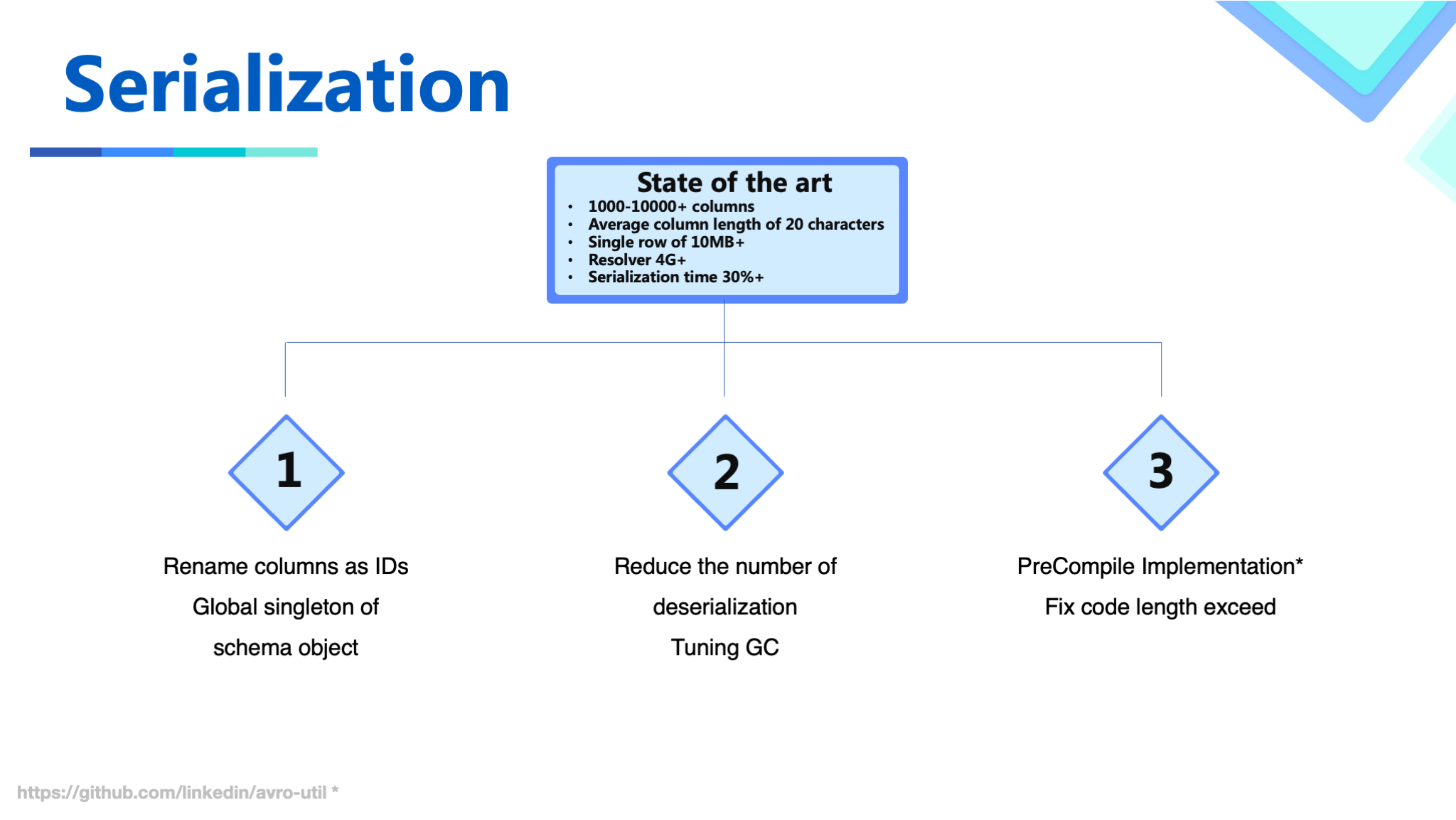 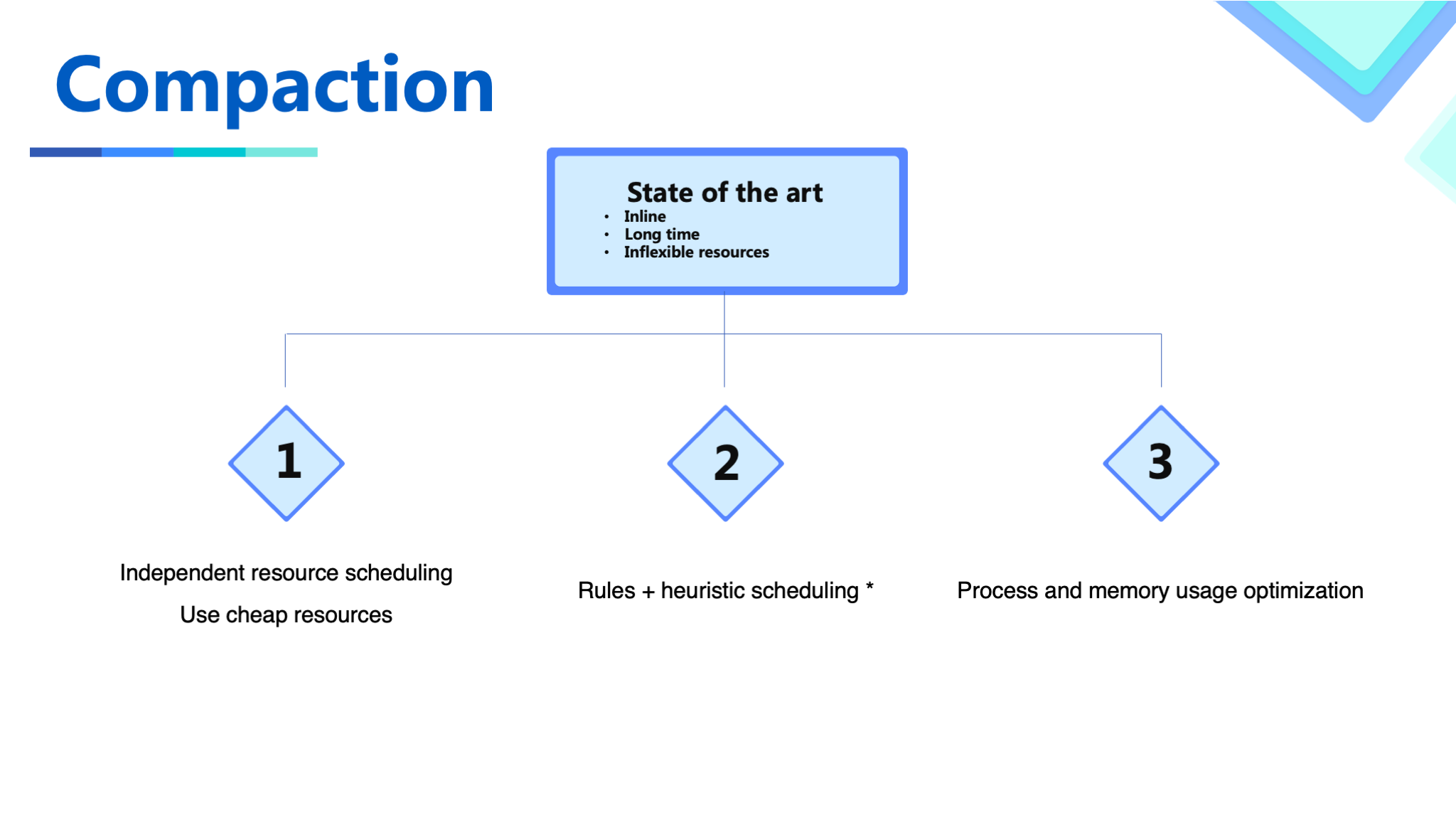 The optimization of the compaction process is as follows. 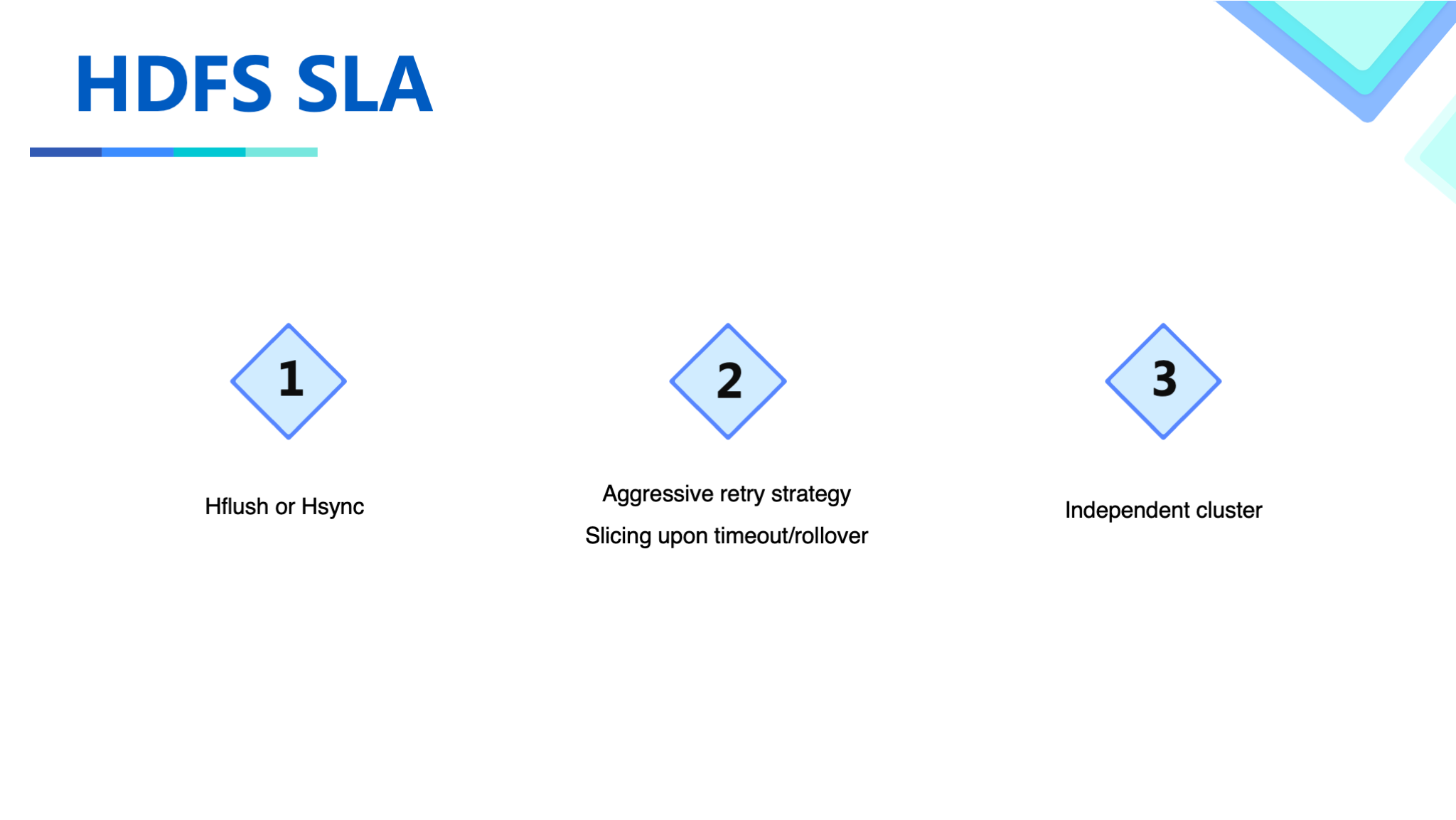 As storage designed for throughput, HDFS has serious real-time write glitches when the cluster usage level is relatively high. Through communication and cooperation with the HDFS team, some improvements have been done. 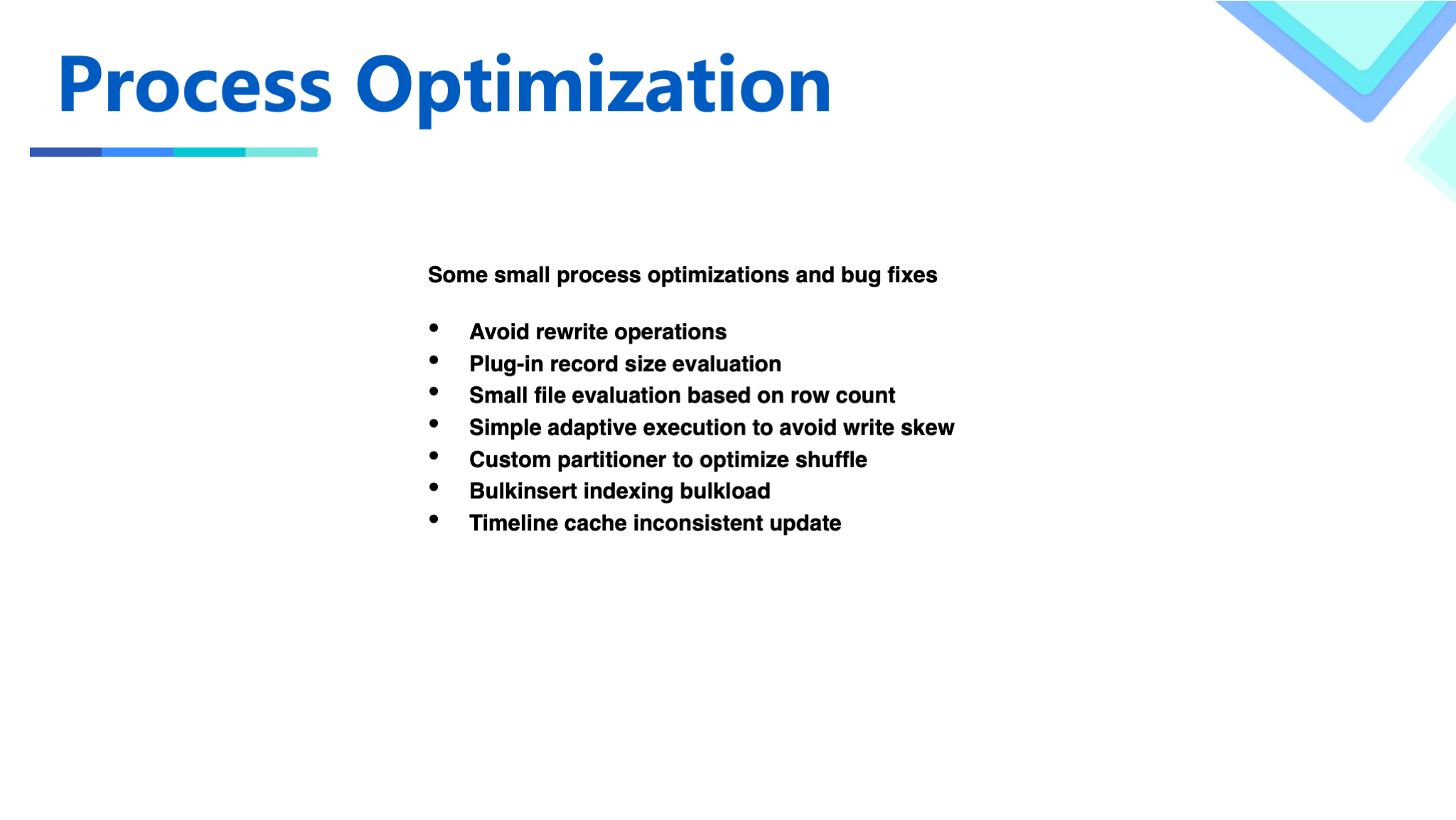 There are also some small performance improvements, process modifications, and bug fixes. If you are interested, feel free to discuss that with me. 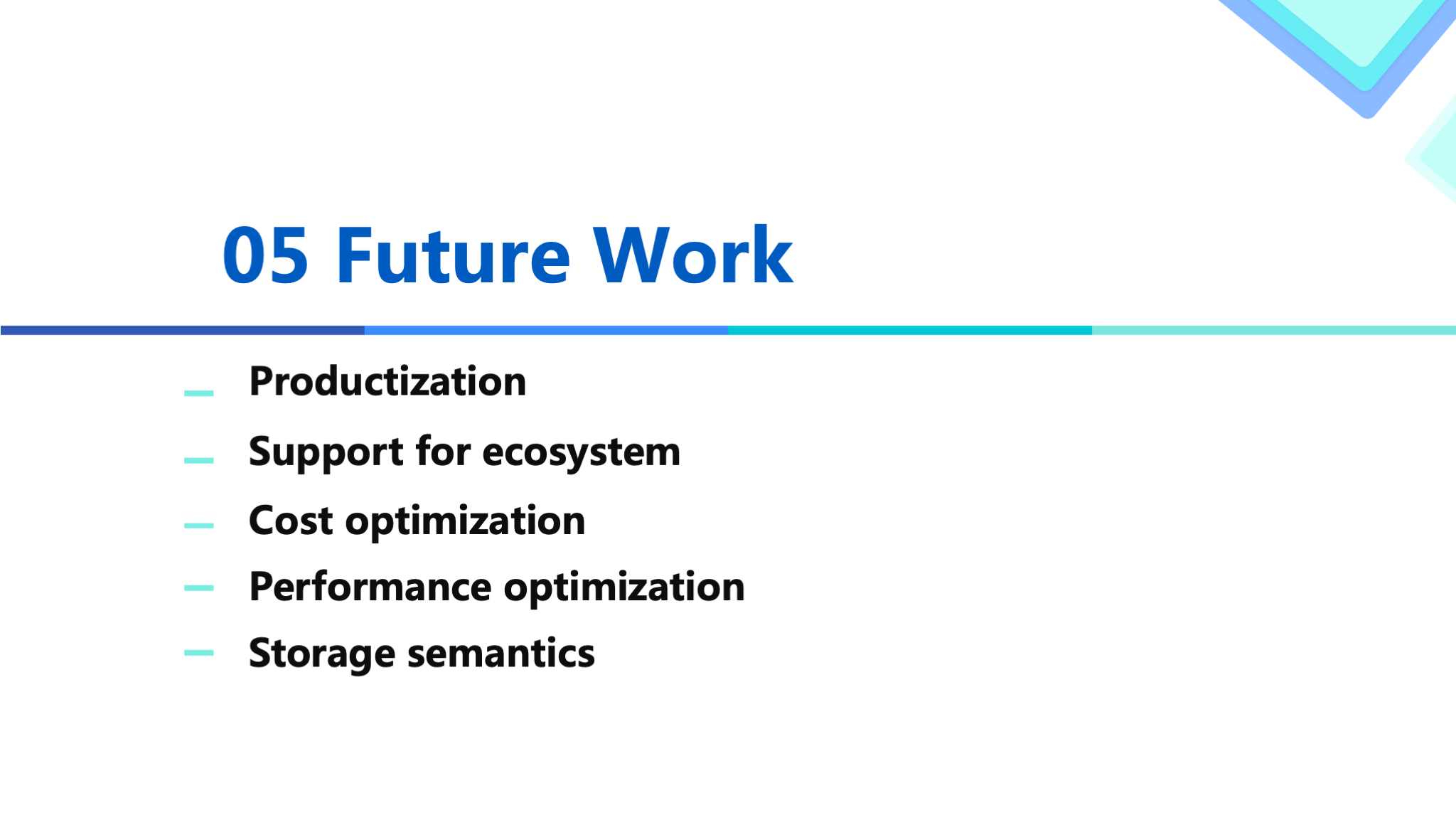 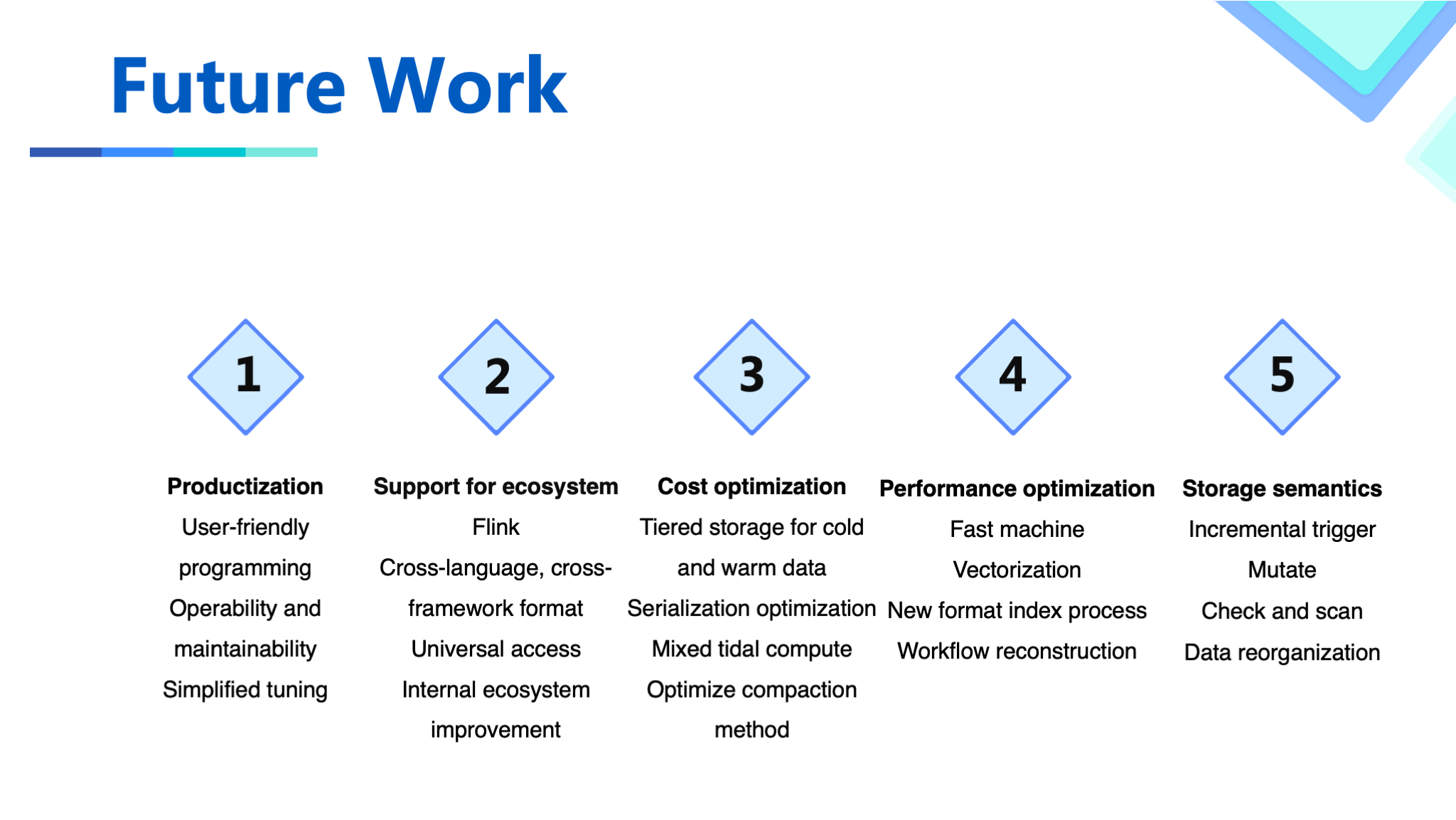 In the future, we will continue to iterate in the following aspects. 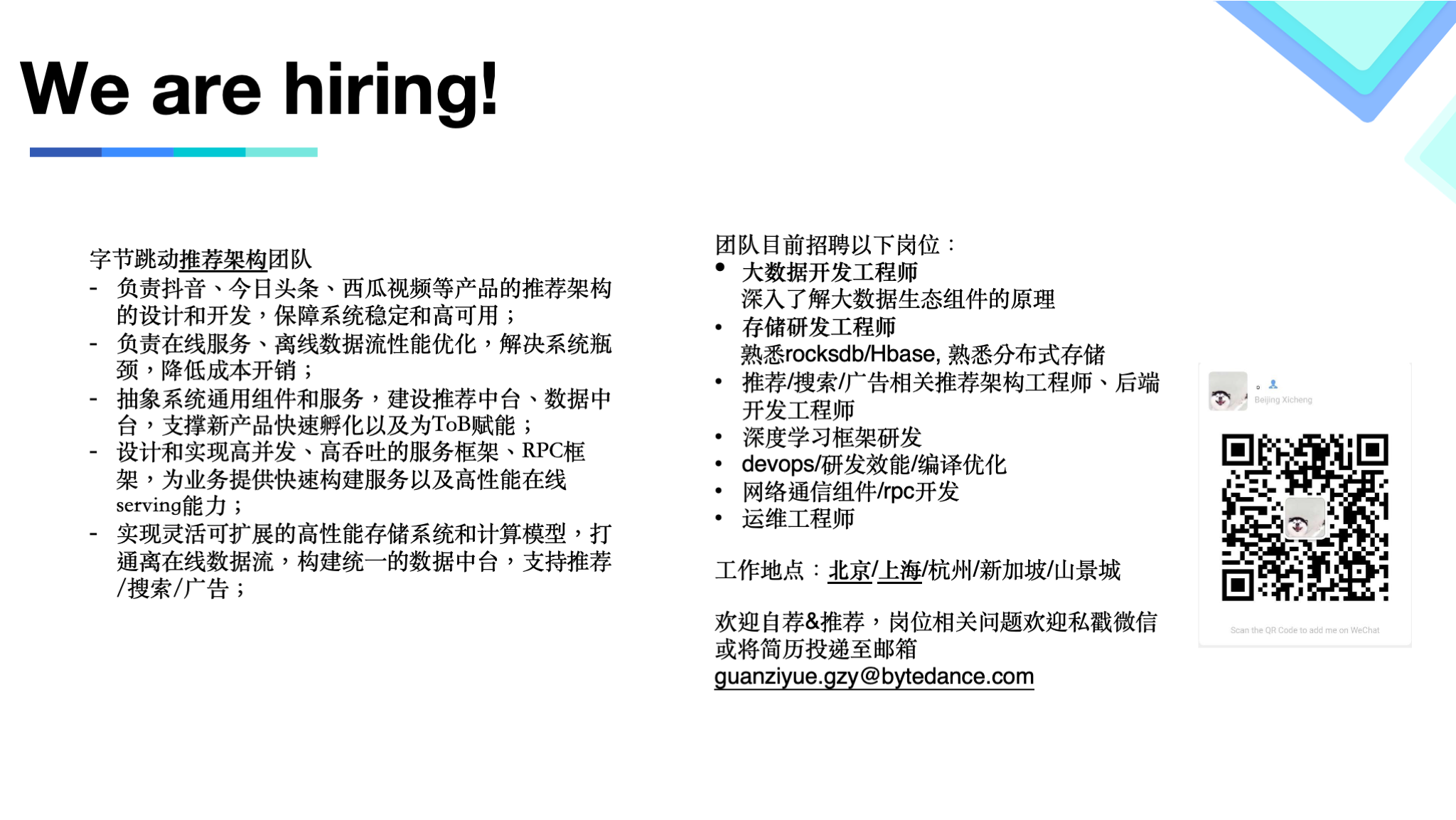 Finally, an advertisement, our recommendation architecture team is responsible for the recommendation architecture design and development for products such as Douyin, Toutiao, and Xigua Video. The challenges are big and the growth is fast. Now we are hiring people and the working locations include: Beijing/Shanghai/Hangzhou/Singapore/Mountain View. If you are interested, you are welcomed to add WeChat qinglingcannotfly or send your resume to the email: guanziyue.gzy@bytedance.com.